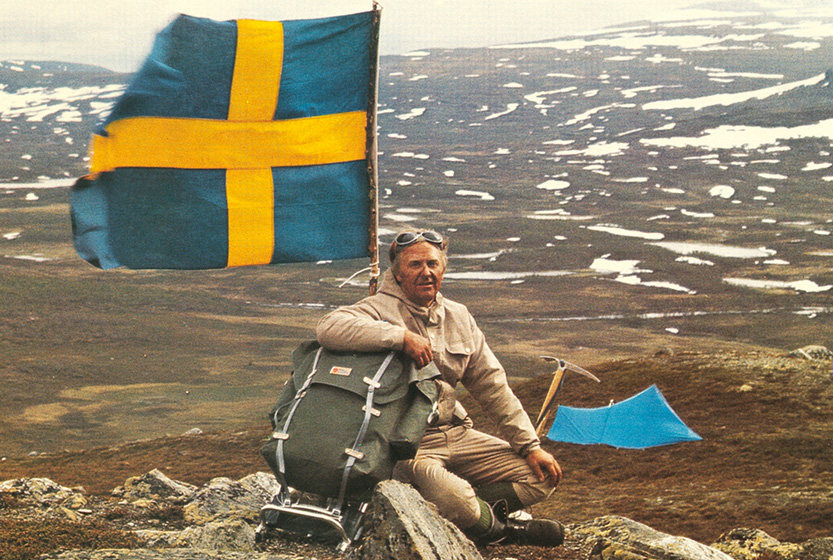 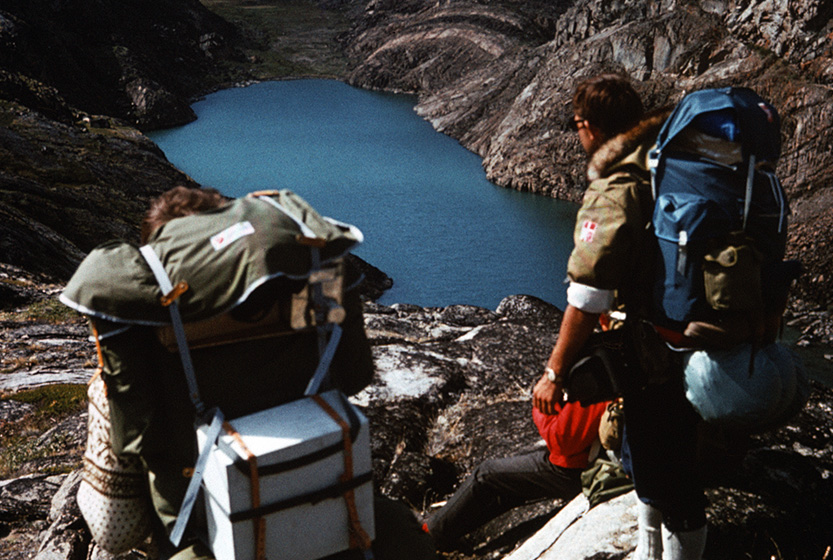 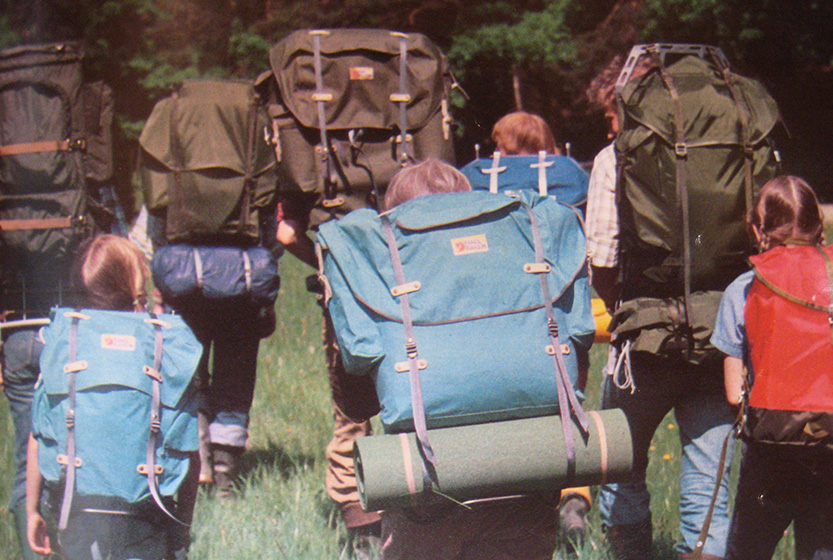 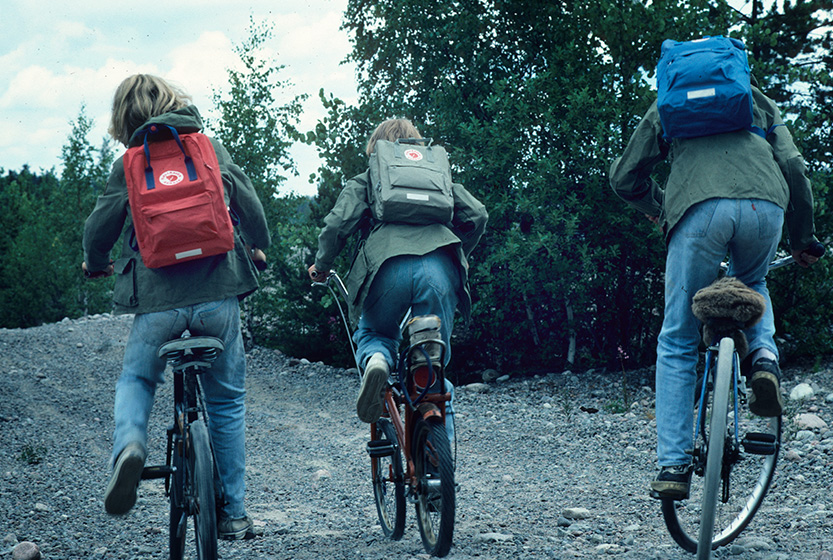 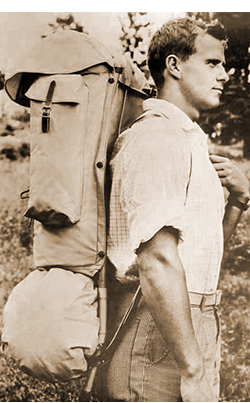 From a small cellar space in Örnsköldsvik, Fjällräven has expanded to all corners of the world. It all started with a 14-year-old boy who didn’t think that the backpacks of the time were particularly comfortable, and who decided to do something about it.

The year was 1950, and Åke Nordin was going on a trek in the mountains of Västerbotten together with a good friend. Åke was a scout and loved being outdoors. But carrying his provisions uncomfortably was not the young boy from Örnsköldsvik’s idea of fun. And backpacks of the 1950s were certainly uncomfortable, as they hung like shapeless bags from your backside and forced the wearer to walk bent doubled to compensate for the weight.

Åke had read that if you were going to carry anything heavy, the weight should be positioned high up and close to the back. In a lodge adjoining the family’s holiday house outside Örnsköldsvik he made a wooden frame. Using his mother’s treadle sewing machine he sewed a bag out of strong cotton material which he fastened to the wooden frame using leather straps.

Åke was happy. The frame distributed the load better across his back and increased the ventilation between the back and the backpack. In addition, he could carry a heavier pack.

The backpack frame was the start

The backpack frame was the start of the Fjällräven company that Åke Nordin founded ten years later. By that time, he had done his military service at the newly founded and extremely demanding FJS Parachute Ranger School in Karlsborg. It was there that he realised there was a market for functional and hard-wearing outdoor equipment. Åke noticed that not even the equipment used by the most elite unit in the country made the grade.

In 1960, Åke Nordin registered his company, which he called Fjällräven. Its registered office was the family’s one-room flat just outside Örnsköldsvik. The workshop was in the cellar, which functioned as a factory and R&D department during the first year. This is where the first backpacks with aluminium frames were created, and gradually also the condensation-free, lightweight tents, functional outdoor clothing and revolutionary sleeping bags which would come to be loved by a growing corps of outdoor enthusiasts around the world.